Can physical activity and exercise lower my high cholesterol?

Doctors say adults should exercise 3 to 4 times a week. Each exercise session should last at least 40 minutes. 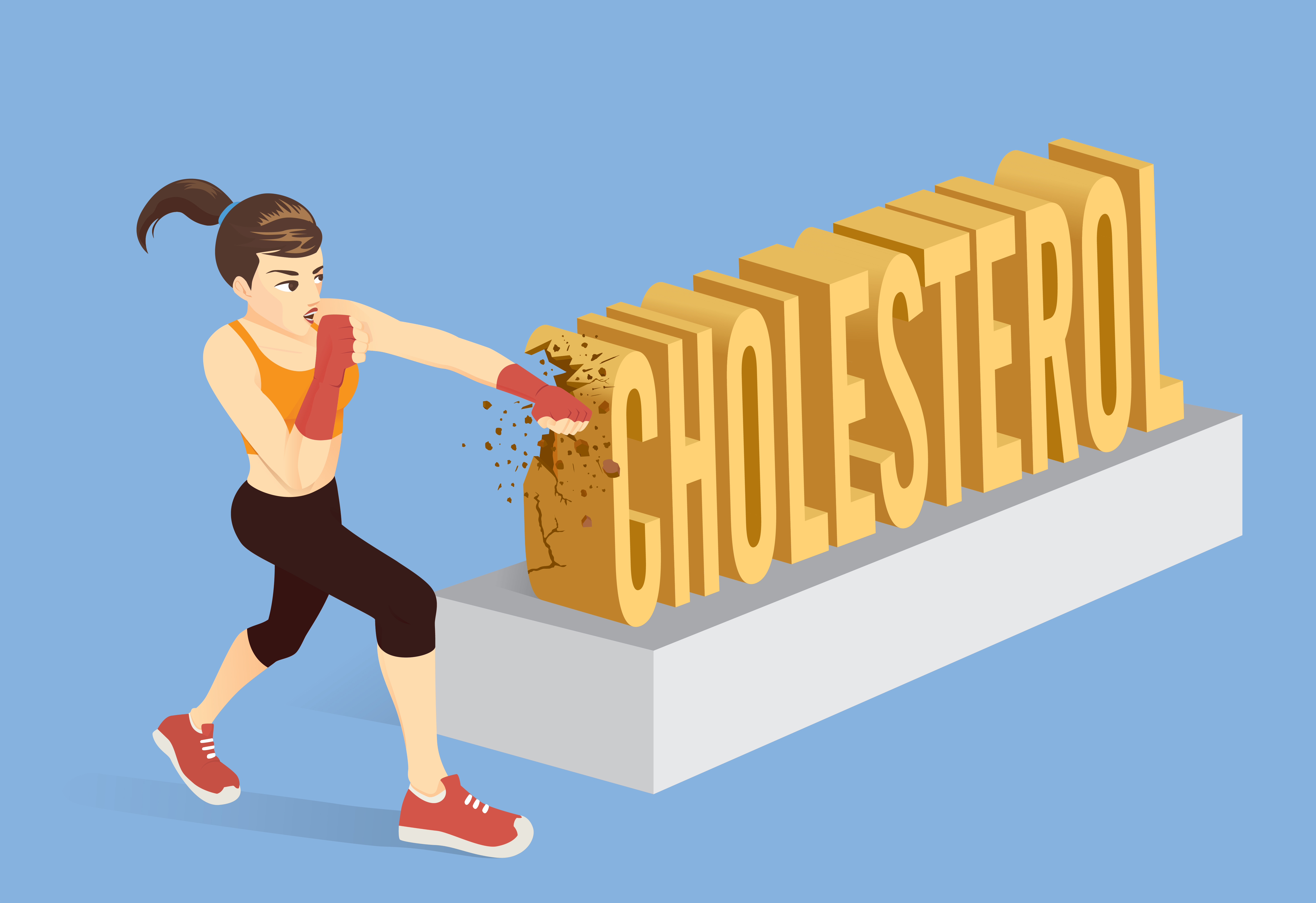 Exercise most every day to keep high cholesterol away!

Next Topic »
Are there prescription medicines to avoid if I am taking statins?

Therapeutic lifestyle changes that can lower low-density lipoprotein cholesterol (LDL-C) include weight loss, increased physical activity, and dietary modifications such as reduced intake of saturated fats. The 2018 cholesterol guidelines by the American College of Cardiology (ACC) and American Heart Association (AHA) recommend three to four sessions of aerobic physical activity for adults each week.1 It is noted that each session should last 40 minutes on average and should involve moderate- to vigorous-intensity physical activity.

A randomized controlled trial studied the effect of diet and exercise in 180 postmenopausal women (ages 45 – 64) and 197 men (ages 30 – 64) with moderately elevated LDL-C and low HDL-C levels.3 The participants were randomized to aerobic exercise, the National Cholesterol Education Program (NCEP) Step 2 diet, diet-plus-exercise, or to a control group. After one year, when compared to the control group, participants assigned to the diet-plus-exercise group showed significant reductions in the LDL-C (2.5 ± 16.6 mg/dL vs. 14.5 ± 22.2 mg/dL, p<0.05) and total cholesterol levels (1.0 ± 19.5 mg/dL vs. 17.5 ± 21.4 mg/dL, p<0.01). However, participants assigned to either the exercise or the diet group alone showed no statistically significant reductions in LDL-C or total cholesterol levels when compared to the control.

Aadahl et al. conducted a study4 among 11,708 individuals who were to receive six months of high-intensity lifestyle interventions as part of a larger Danish study.5 Aadahl’s study sought to evaluate the effect of self-reported physical activity on several cardiovascular risk factors, including serum cholesterol. In addition to biometric data collected at baseline, Aadahl collected information on self-reported physical activity levels and potentially confounding variables such as diet, alcohol consumption, and smoking habits. After five years, the intervention group was re-evaluated. Only 6091 (52%) of those invited agreed to participate at baseline, and only 4039 (66%) of those returned for the reassessment at 5-year follow-up. However, for those who completed the reassessment at five years, change in serum cholesterol was significantly associated with change in physical activity. The study found that baseline to five-year follow-up changes in self-reported physical activity levels were statistically significantly associated with changes in total cholesterol (p=0.0006), LDL (p=0.007), and triglycerides (p=0.02). Actual reductions in cholesterol levels were small however, with LDL levels for men, for example, dropping from 139 mg/dL at baseline to 135 mg/dL after five years. There was no drop in LDL-C levels for women over the same period.

To analyze the effects of exercise only on people with mild to moderate dyslipidemia, Kraus et al. conducted a prospective randomized study of 159 sedentary overweight men and women.6 Participants were randomized to participate in a six-month exercise program that was either high-, medium-, or low-intensity or to a non-exercising control group. Participants were asked to maintain their weight during the intervention in order to minimize the effect of weight loss on the outcomes. Exercise programs varied in both the amount of weekly activity and its intensity. Lipoproteins were obtained at baseline and at six months for the 84 individuals who completed the program without excessive (>5%) weight loss. Subjects who did not complete the study did not differ from those who did with respect to age, baseline weight, or BMI. Exercise training had no significant effect on total or LDL-C levels, but it did have significant effects on concentrations of subfractions of LDL-C. LDL particle size and sub-fractionation is thought by some to be an independent measure of the risk of atherosclerosis and cardiovascular risk, although these measures are not yet in wide clinical use.7 As the amount of exercise increased, the concentration of small LDL-C and the concentration of LDL particles decreased, and the average size of LDL-C particles increased. The authors conclude that jogging at a moderate pace equivalent to about 17 to 18 miles per week can positively impact lipoprotein parameters, though they might not be reflected in standard lipid panels that measure only LDL-C and total cholesterol. They also conclude that the amount of exercise appears to have greater impact on lipoproteins than the intensity of exercise.

Pedersen et al. studied the effects of aerobic interval training (AIT) compared to a low calorie diet on cardiovascular risk factors including lipid profiles in overweight individuals with coronary artery disease.8 Total cholesterol, non-HDL-C, and triglycerides decreased significantly in the 26 participants who completed the AIT portion of the study, compared to baseline. Total cholesterol dropped 11.6 mg/dL (95% confidence interval [CI] [3.9 – 19.3], p=0.005) and non-HDL-C dropped 11.6 mg/dL (95% CI [7.7 – 15.4], p<0.001) after 12 weeks of AIT at 90% peak heart rate three times a week. This effect on the lipid profile was similar to the effect of an 800 to 1000 calorie diet for eight weeks. Twenty five participants who continued with AIT twice weekly for 40 more weeks continued to see significant decrease in triglycerides, total and non-HDL-C, while the LDL-C and HDL-C levels were unchanged.9 This study was not powered to address whether these improvements in lipid profile caused by exercise would impact on cardiovascular endpoints.

Exercise and physical activity are recommended by current AHA/ACC guidelines for the management of blood cholesterol.1 Current evidence suggests that some reduction in LDL-C and triglycerides can be achieved with regular high-intensity exercise. Combining a heart healthy diet program with an exercise program lowers cholesterol more effectively.