Can lowering salt in my diet lower my blood pressure?

Lowering salt in your diet can lower your blood pressure. After 4 or more weeks on a low salt diet, your systolic (top number) blood pressure can go down as much as 5 points.

The biggest step to cutting back on sodium is to be aware of what you eat. Processed and ready-made foods, fast food, and restaurant meals have the highest sodium content by far. Other tips for reducing your sodium intake are:

Start paying attention to your sodium intake! Try to lower it by at least 1,000 mg a day at first. Your ultimate goal is to get it to less than 1,500 mg a day. Talk to your doctor or a nutrition specialist if you need help. By reducing your salt intake and adopting a heart-healthy diet, you can lower your blood pressure.

Stop before you shake, lower your salt intake!

Next Topic »
What is a health care proxy? 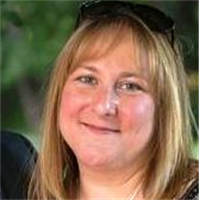 The 2017 American College of Cardiology/American Heart Association (ACC/AHA) hypertension guidelines recommend reducing sodium in the diet to lower high blood pressure [Strong Recommendation (Level A)].1 Adults should ultimately aim for less than 1,500 mg/day of sodium in their diet but at a minimum should reduce their intake by at least 1,000 mg/day. Reducing dietary sodium may result in a 5 mm Hg reduction in systolic blood pressure.1-4

According to the most recent US national survey and analysis, the estimated average daily sodium intake among US adults (n=5,047 age 20 or older) during 2013 – 2014 was 3,529 mg.5 This survey found that foods with the most sodium were store-bought processed food and food from restaurants. The 2015 – 2020 Dietary Guidelines for Americans, 8th edition report recommends that people age 14 and older consume less than 2,300 mg of sodium daily.6 This report also found that 89% of the US population age one year or older exceeds their daily sodium intake limit.

The US Centers for Disease Control and Prevention (CDC) have several recommendations on how to reduce sodium in diet:7