Should statins be taken with or without food?

Most statins appear to work just as well taken with or without food. One statin, lovastatin, should definitely be taken with food. It is possible that taking some statins with food may lower the chance of side effects, but more study is needed.

Food can change the way a medicine works. When certain statins were tested, scientists found that taking statins with food lowered the amount of medicine that reaches the bloodstream. Statins do their work by lowering cholesterol in the liver before the medicine gets to the bloodstream. So, food doesn’t seem to stop the statin from lowering cholesterol. It is possible that taking statins with food might lower the risk of side effects. 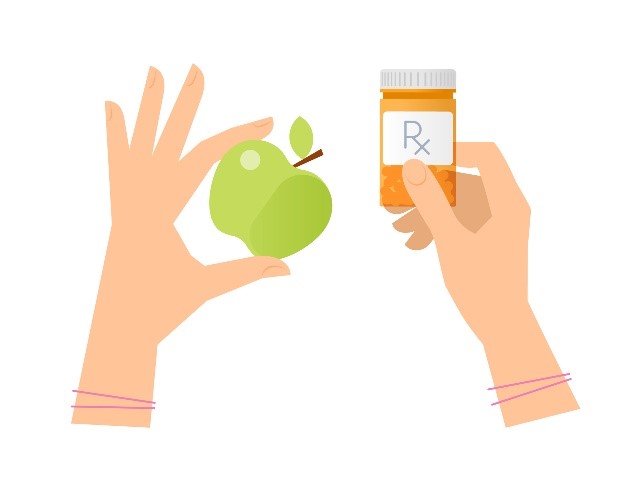 Statins are different from each other. Talk to your doctor about the specific instructions for your statin.

Statins plus food is the right attitude!

The package inserts for statins available for use in the US generally do not discourage their administration with food.1–7 Inserts for pitavastatin, rosuvastatin, and fluvastatin specifically state they can be taken with or without food. Lovastatin product information specifically recommends it be taken with food.4 However, administration of a drug with food is known to potentially alter the pharmacokinetics.8 The product information for pravastatin and fluvastatin reports that the systemic bioavailability of this statin is reduced when taken with food, but the lipid-lowering effect is the same when taken with or without food. Clinical trials for atorvastatin produced data showing that plasma concentration of the drug was lower when administered with food compared to fasting administration.9

McClean et al. investigated the association of fed and fasted rosuvastatin administration in patients with dyslipidemia whose statin dosage was titrated to achieve therapeutic benefit. The average dose of rosuvastatin was not significantly different between the two groups, suggesting the food did not alter the low-density lipoprotein cholesterol-lowering effects.10 Patients were stratified into fed (n=75) and unfed (n=82) dosing based on patient report. In a separate arm of the study, taking rosuvastatin with food reduced the serum levels (area under the curve) of the drug in 12 healthy Asian and 11 healthy Caucasian individuals by almost 40%. (Rosuvastatin clearance is known to differ among Caucasians compared to Asians due to variable prevalence of certain genetic polymorphisms.)11,12  The authors conclude that these results taken together suggest that while food does not affect lipid-lowering benefits, it may reduce systemic exposure to the medication, which might lower the risk of adverse side effects. However, there are no long-term mortality studies that looked at vascular events in these comparison groups.