How do I lower my cholesterol levels with lifestyle changes? 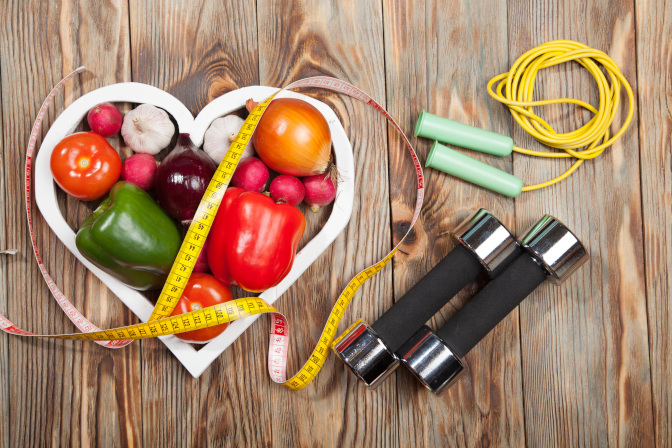 Adding regular physical activity to your life helps even more. Ease into exercise slowly, but shoot for exercising 3 or 4 times a week for 40 minutes each time. Exercise that makes your heart beat faster and breathe harder when you are doing it is best. This is called aerobic exercise.

Losing weight can lower your cholesterol and your risk of heart disease or stroke. The more weight you lose the bigger the benefit. Losing about 7 pounds causes your triglycerides to go down by 15 mg/dL. High levels of triglycerides increase your risk of heart disease. Losing between 11 and 18 pounds can lower your low-density lipoprotein (“bad”) cholesterol by 5 mg/dL and raise your high-density lipoprotein (“good”) cholesterol by 2 to 3 mg/dL. All of this means better heart health.

According to the 2013 overweight and obesity management guidelines by the American Heart Association (AHA), the American College of Cardiology (ACC), and The Obesity Society, a dose-dependent relationship was found between the amount of weight loss and an improvement in lipid profile in overweight or obese adults, regardless of cardiovascular disease (CVD) risk status.1 Depending on the degree of weight loss, improvements can be seen in low-density lipoprotein cholesterol (LDL-C), triglycerides, and high-density lipoprotein cholesterol (HDL-C) levels. Summarizing available evidence, the guidelines reported that a weight loss of less than 3 kg (6.6 pounds) resulted in modest and variable improvements in LDL-C, triglycerides, and HDL-C levels. With a weight loss of 3 kg (6.6 pounds), at least 15 mg/dL weighted mean reduction was seen in triglyceride levels. With weight loss between 5 and 8 kg (11 to 17.6 pounds), approximately 5 mg/dL reductions in LDL-C levels and 2 – 3 mg/dL elevations in HDL-C levels were achieved.

A heart-healthy diet and exercise are recommended by the 2018 cholesterol guidelines of the ACC and AHA.2 The direct link between dietary changes and improving serum cholesterol levels may be less important than lifestyle modifications, which have been shown to lower cardiovascular risk overall. Those lifestyle modifications, including healthy dietary choices, seek to improve all parameters of risk, including high LDL-C.

Guidelines advise that the majority of individuals’ diets should be composed of vegetables, fruits, whole grains, legumes, healthy protein (low-fat dairy and poultry, seafood, and nuts), and non-tropical vegetable oils, like olive oil or corn oil. Intake of sweets, sugar-sweetened drinks, and red meats should be limited.2 It is recommended that this dietary pattern should be modified to consider other medical conditions such as diabetes, personal and cultural preferences, and appropriate calorie requirements to avoid weight gain or restrictions to promote weight loss.

Hooper et al. conducted a systematic review for the Cochrane database assessing the effect of reducing saturated fat intake on mortality and cardiovascular morbidity.5 They chose this analysis rather than an analysis of the effect of diet on lipid levels noting that any single dietary change might positively impact one cardiovascular risk factor but simultaneously impact another risk factor negatively. This 2015 Cochrane review of 15 randomized controlled trials with approximately 59,000 participants reported that reducing dietary saturated fat decreased the risk of cardiovascular events by 17% (risk ratio 0.83, 95% confidence interval [0.72 – 0.96]). A subgroup analysis showed no clear progression of this effect over time: studies whose duration was up to 24 months had similar risk ratio for cardiovascular events (0.96 [0.78 – 1.16]) as the studies lasting 48 months or more (0.93 [0.79- 1.11]). The risk ratio of cardiovascular events in studies of 24 to 48 months duration was 0.73 (0.56 – 0.95).

The combination of a healthy diet and physical activity appears to have an even greater impact on cardiovascular risk and LDL-C levels.9 Stefanick et al. conducted a randomized controlled trial to study the effect of diet and exercise in 180 postmenopausal women (ages 45 – 64) and 197 men (ages 30 – 64) with moderately elevated LDL-C (>125 mg/dL but <210 mg/dL in women; >125 mg/dL but <190 mg/dL in men) and low HDL-C levels (≤59 mg/dL in women; ≤44 mg/dL in men).9 The participants were randomized to aerobic exercise, the NCEP Step 2 diet (a reduced fat diet), diet-plus-exercise, or to a control group, and followed for one year. Although the degree of weight change was not significantly different between the diet group and the diet-plus-exercise group, only the diet-plus-exercise group found significant reductions in the LDL-C compared to controls. For women LDL-C decreased 14.5 ±22.2 mg/dL compared to 2.5 ±16.6 mg /dL (p<0.05); for men LDL-C decreased 20.0 ±17.3 mg/dL vs 4.6 ±21.1 mg/dL (p<0.001). Participants assigned to either the exercise only or the diet only group showed no statistically significant reductions in LDL-C or total cholesterol levels compared to those assigned to the control group. This finding highlights the combined effect of low-fat diet and exercise in improving lipid levels even in the absence of additional weight loss from exercise.

Aadahl et al. conducted a study11 among 11,708 individuals who were to receive six months of high-intensity lifestyle interventions as part of a larger Danish study.12 Aadahl’s study sought to evaluate the effect of self-reported physical activity on several cardiovascular risk factors, including serum cholesterol. In addition to biometric data collected at baseline, Aadahl collected information on self-reported physical activity levels and potentially confounding variables such as diet, alcohol consumption, and smoking habits. After five years, the intervention group was re-evaluated. Only 6,091 (52%) of those invited agreed to participate at baseline, and only 4,039 (66%) of those returned for the reassessment at the five-year follow-up. However, for those who completed the reassessment at five years, change in serum cholesterol was significantly associated with change in physical activity. The study found that baseline to five-year follow-up changes in self-reported physical activity levels were statistically significantly associated with changes in total cholesterol (p=0.0006), LDL (p=0.007), and triglycerides (p=0.02). Actual reductions in cholesterol levels were small, however, with LDL levels for men, for example, dropping from 139 mg/dL at baseline to 135 mg/dL after five years. There was no drop in LDL-C levels for women over the same period.

The 2018 ACC/AHA cholesterol guidelines recommend three to four sessions of aerobic physical activity for adults each week.2 It is noted that each session should last 40 minutes on average and should involve moderate-to vigorous-intensity physical activity.